Recess earlier this month allowed me to get out and about around the electorate – one of the most enjoyable parts of my job. From Fairlie to Luggate, and from Tekapo to Maheno, I’ve certainly managed to cover most of the Waitaki electorate, attend some great events and meet some wonderful people. 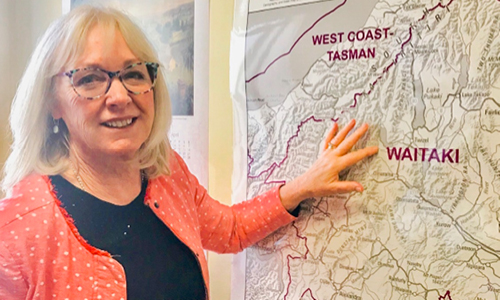 The Waitaki electorate is the third-largest in the country, but I like to get out and about as much as I can.

A disturbing increase in methamphetamine, and drug-related crime, in both North and Central Otago is a worrying trend. Drugs are a scourge on our society and we must not allow them to gain a foothold. Police need more support in their fight against drugs, with the Government’s failure to deliver extra staff a huge disappointment. 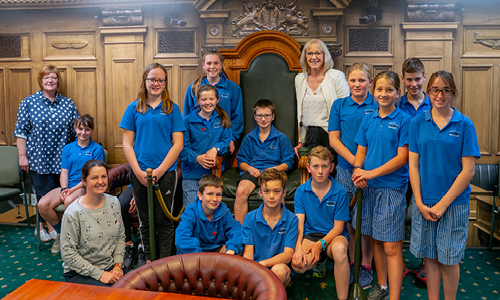 It was fabulous to catch up with the fantastic Millers Flat School students on a recent visit to Parliament. Hard work and fund-raising got them here from Central Otago and they didn’t waste a minute in learning about what goes on in the Beehive.

Small business owners from around the electorate have been telling me that they are sick of hearing meaningless words from this government and how they want action that encourages growth and allows them to prosper. Surveys show businesses are feeling gloomier than at any time since the global financial crises. We’re still waiting to hear from the Government’s working group, appointed to come up with ideas and we’re still waiting for the Minister’s response to a report that we haven’t been allowed to see! You can read my suggestions here. 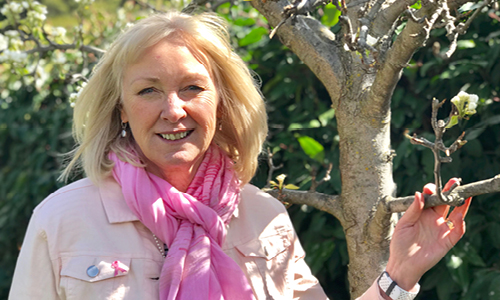 I’m looking forward to speaking at the first South Island Women’s Symposium to be held in Twizel on November 8. Dr. Sharon Blanchard has pulled together a stellar line-up of speakers to follow the ‘Unleash Your Potential’ theme, it’s a fantastic concept and a great event for this part of the country. You can register for the Symposium and read more about it here. 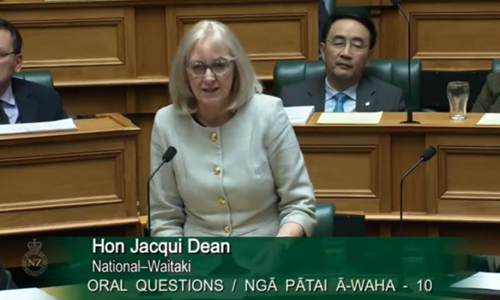 Here I am grilling Local Government Minister Nanaia Mahuta about the pressure on newly elected councils and the costs to ratepayers of increased Central Government regulation. Costs are ballooning and there’s a mountain of complex legislation with the freshwater reforms, three waters review and the Minister’s intention for councils to identify and report every decision against a series of wellbeing targets.

I’m also pleased to see more women elected to local government. As National’s Local Government Spokesperson, I strongly believe that if we want our local councils to better reflect the communities which they serve, having stronger representation from women is crucial. 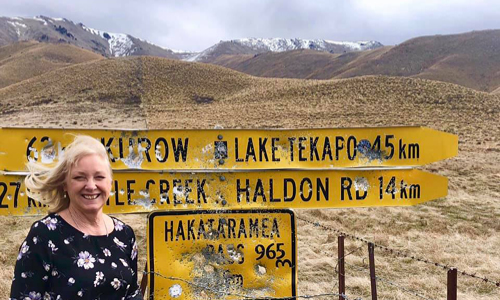 Here I am at the Hakataramea Pass – the amazing scenery in the background is a joy to behold, but it was this shot-up sign that created the most interest.

I had the pleasure of speaking at the Starlight Conference held in Tekapo recently. Towns and regions all over New Zealand are trying to follow in the footsteps of what’s been achieved in the Mackenzie District. The new Dark Sky Project in Tekapo is proving a leading light in an industry that’s going from strength to strength. 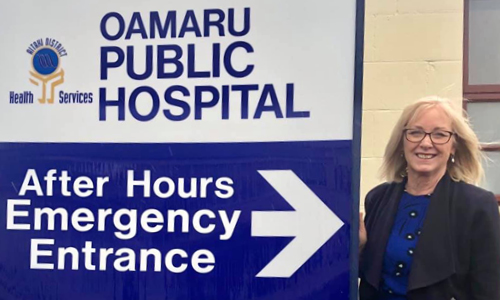 So positive to see Oamaru Hospital has signed a new ACC agreement which could generate over $300,000 in revenue annually, providing stability and enhancing healthcare services for North Otago people.

I’m delighted to have been confirmed as National’s candidate to stand for the Waitaki Electorate in the 2020 General Election. I am a proud advocate for the people of this electorate and will continue to focus on championing local needs around health and education, farming and small business. 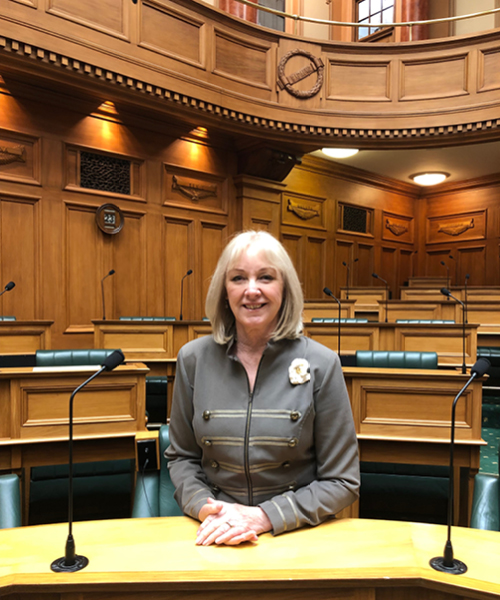 This month we also celebrated 100 years since women earned the right to stand for Parliament. I was the 89th woman elected to New Zealand’s Parliament and I am proud to be the first woman MP for the Waitaki electorate and for the previous Otago electorate.

I support the Luggate community as it campaigns for improved road safety, with a footpath on the Southside of their village. I have written to the New Zealand Transport Agency to highlight this important safety issue and am looking forward to some action. 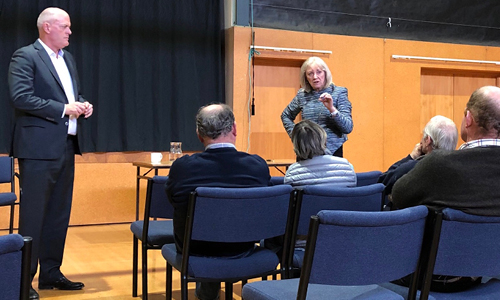 I joined National’s Agriculture Spokesperson Todd Muller MP in Fairlie, Papakaio, and Waimate for one of our recent farmer meetings. Farmers and business people alike are apprehensive and worried about the Government’s Freshwater policies and the implications they could have on rural communities and the economy.